The UK Gambling Commission (UKGC) http://gamblingcommission.gov.uk will ban the use of credit cards in gambling from April 2020. This ban applies to both online gambling and physical gambling institutions, with the exception of lottery tickets sold in shops.

24 million players in the UK

“Gambling with credit cards can lead to significant financial damage. The ban is designed to minimise this risk and prevent consumers from gambling with money they don’t have,” says UKGC Director Neil McArthur. According to the Financial Times, the announcement of the ban has caused the shares of gambling operators like William Hill to fall.

According to casinovergleich.eu figures, some 24 million adults in the UK play games, 10.5 million of them on the Internet. Some 800,000 consumers use their credit cards. Of the British gamblers, UKGC estimates that 22 per cent are “problem gamblers”. These are people who are at risk of financial loss from gambling.

In addition to the ban on credit card gambling, the UK will take further measures to protect problem gamblers in 2020. At the end of March, all online gambling operators will have to participate in the so-called “Gamstop” programme, which allows customers to block their own access to their websites. “It is important that such programmes are as effective as possible. This requires other tools that can prevent payments, among other things,” says McArthur. 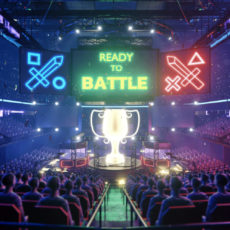 An introduction to eSports betting